I am seeking employment with a company where I can use my talents and skills to grow and expand the company.


Dewan-E-Khass restaurant wanted to broaden its social popularity range across Vancouver and they decided to engage in developing a website and maintain all its restaurant details in it. The concern contacted me and requested me to take care of the website, interfacing with online ordering companies like Yelp Reservation System, Justeat, DoorDash and UberEats, and other social related work with sites such as Facebook, Yellowpages, Yelp and Zomato are monitored and maintained. Site is live @ Dewan-E-Khass and Karakoram Restaurant
Similarly, 7 other websites: Thurga Stores, Amber Collection, Merry Pot, Suga Jewels, SNI Global Trade, Magazine Site and Wedding Site are developed and maintained.

This google map app is to provide the end user the support to get know the directions and places around the location marker they chose. This app is developed and it is available live at http://www.ganeshmaps.com

Anjappar Canada, Ginger Garlic and Juliets Castle are popular restaurants in Canada. The work is in developing functionalities for enhancement of their web and mobile site.

Next Generation Booking Service is a strategic application that is used by underwriting systems to post the policy transactions directly into the premium regression tables. This interface is a source for submitting the premium transactions to be booked into the Corporate Reporting System. NGBS provides a common interface to report premium details to the Premium Regression and Corporate Reporting Systems. Underwriting System (System which consumes this Service NGBS) integrates with the NGBS to post their request to PR and CRS.
This Project basically deals with the analysis to support in the development of Next Generation Booking service system Maintenance release item and supporting the Underwriting system for the smooth consumption of the NGBS.

AT&T QTP Automation is the add-on project which is billed and this is mainly used for identifying the capability of the application in terms of load balance and speed in which multiple resources uses the application. This is normally the testing automation work and I was put into this project once I put the papers in my previous concern (Infosys Technologies Ltd). Normally we identify the requirement for the script, write and run QTP scripts in this automation work.

HTI mBrace Middleware development is all about the development Spring Restful Webservice which will act as the middleware between the iPhone client and HTI backend webservice which is developed using BPEL. Created 14 webservices and deployed those under jBoss server of Linux box in the client machine to make it available in the internet for iPhone client to hit and get the response for the request they sent.

Cellular South UPR project is about the new policy being established for the CS customers to those who want to upgrade the phone. This helps in gaining customer interest towards the business in providing many new features by changing their Trade-In phone (already availed phone) and upgrade to new phone with lot of features. The code piece I have worked went as part of CS warranty portal and this is mainly for the every manual changes of the status of Trade-In phone. All the changes in status which has to be done manually will go through with this piece of code in production. The three main operation of this project which falls under CS Warranty portal are View Trade-In Phone Status, View all pending Trade-In and Update Trade-In Status Manually.

SSP is one of the major applications of Verizon, which is used as a core system for their business and it act as a single platform for ordering system across Verizon for east and west of United States. It maintains the information of the complete transaction for their customer. This project is completely based on Agile methodology as work comes as patches daily with time frame and every assignments as patches has to be completed well within that time frame is the expectation. Work is mostly as an enhancements and changes on this major application well known as SSP.

CS mCare mobile application provides Cellular south customer to use their mobile and do the same as they do in the web. By using this application (Beta Version), Customer is allowed to Change their Plan and Features, Check their Balance, and Make payment. Two different team (One from Chennai to develop in Black berry and another from Pune to develop in Android) involved in developing this application. My work is very much on developing the Web Services to hit the CS API once this applications request for data and processing. Cellular South team is well impressed with this Black Berry and Android application and asked another beta version by using BREW.

Verizon voice portal is an application which is used to solve issues in video, voice or data for Verizon customers, technicians and Business people. This helped Verizon reduce calls going to their agents. During this period of the project, Work was mainly focused in the migration of the application. JAXB and Weblogic are migrated from lower version to higher version.

This project implements enhancements to the payment kiosks. The changes involved in the project aims to achieve an increase in the number of payment transactions performed by customers at the kiosk and improve the overall customer experience in using the kiosk. The project main motive is to result in an increase in customer payment transactions at the kiosk with the interactive new layout screens. And also provided a new application named "CMS screen" in this enhancement project for setting up the marketing messages for the kiosk main screen.

The objective of this project was to build a new Cellular South retail store that provides a new retail experience for wireless customers in the Jackson, Mississippi area. The scope of the project involved


A POS application is built for this project which helps user for easy access of picking up their choice from the store.

AT&T Metrics portal is an internal web portal for maintaining information on usage of resources within AT&T projects in Infosys.

A web site is the most important component of your company’s marketing plan. It’s the central hub for your messaging efforts and should have all other marketing materials allocated to it. As web technology has progressed over the years, it has yielded many tools to be used in conjunction with your web marketing efforts, such as social media, Blogs and RSS feeds to name a few. Taking advantage of these resources and holding true to current and effective web practices, Ganesh Tech Inc are customized to meet your needs. The aspiration on providing technological support to the customers.

Dewan-E-Khass restaurant wanted to broaden its social network popularity range across Vancouver and they decided to engage in developing a website and maintain all its restaurant details in it. The concern contacted me and requested me to develop and take care of the website, interfacing with online ordering companies like SkipTheDishes, UberEats and DoorDash, and other social related work with sites such as Facebook, Yellowpages and Yelp are monitored and maintained.

This google map app is to provide the end user the support to get know the directions and places around the location marker they chose. This App is implemented using Google Services.

Thurga Stores is a grocery store website which holds menu with collection of grocery items.

Ambers Collections is a fancy items store website which holds menu with collection of fancy items.

SNI Global Trade always wanted to provide our clients the best in quality products. From the heart of British Columbia, Canada. We ship our lumber to customers around the world who understand the value you get from quality. Please check our website and get to know the products we supply to our valuable customers.

Suga Jewels is the place you get handmade silkthread jewellerys. We make things as your desire - colour, size and model. Choose your own design and colours. Design can be made as per customer wish.

The Place filled with happy memories

Jujube Magazine is a website developed for proposed Magazine company

I’m happy to be contacted with regard to new opportunities around Web Technology or VFX job offer. To contact me please either leave a message or email me directly at the address provided below. 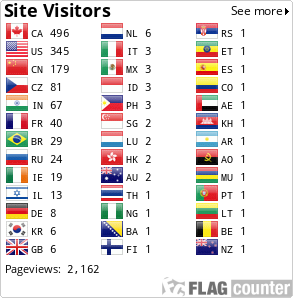